A downloadable game for Windows

To Hel and Back is a hack-n-slash, roguelite game with Norse mythology themes.

After dying and finding herself in Hel instead of Valhalla, Sif is determined to fight her way out. Hel’s inhabitants will not make it easy, though...
Are you strong enough? Are you brave enough to escape Hel?

Developed by a team of 11 students at the University of Skövde over the course of 10 weeks.

Hi! Thanks for letting us know about issues with the game. I think we should move this conversation elsewhere, would you want to send an email to tenhpstudios@gmail.com, preferably with some more details regarding your computer specifications.

that means what i cant change the graphics card

Really great game! It is featured on my Week's Top 5!

Awesome, thank you for playing!

Thank you for playing!
The video showcases some weirdness with UI scaling, and should be fixed in the latest version.

just played through the game, it's relly fun.

these are just my thoughts, i hope you take it into consideration.

Thank you for playing!
All are good suggestions. We have settings (therein audio controls) planned for a future update as well as some kind of boss enemies and more varied enemies.
Different weapons is absolutely something  we could experiment with.

Once again, thank you for your interest and suggestions!

Hey! Just finished my second playthrough, and thought it prudent to leave a comment.

I've always found it difficult to give feedback and suggestions for a project such as this since I'm acutely aware of the harsh decisions and shortcuts that need to be taken to fit anything useful within such a ridiculous deadline.

Let me start off by saying that the resulting game is an incredible achievement. Especially given the fact that it's not only a project as part of a University course, but also one with a very limited production cycle.

That being said, there are a couple of points I think I could make, while still adhering to the strict timeline:

With that said, thank you for taking the time to read through my ramblings, and let me congratulate you all again for the terrific job!

Looking forward to whatever you come up with next!

Thank you for your insights and kind words! We are aware of the points you brought up and they are at the top of our to-do list, expect an update soon. 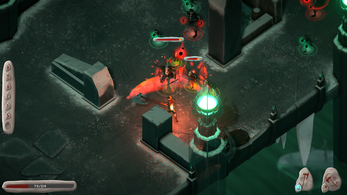 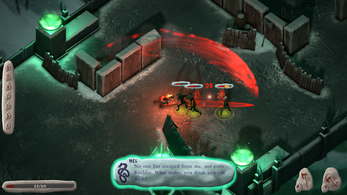 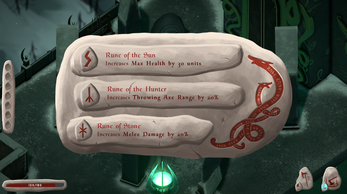 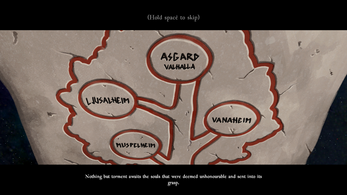